We are reaching the stage where cloud computing is the first choice for it decision-makers. Brian Larkin of Digital Planet explains why!

Since cloud technologies first appeared on the radar in 2008 and 2009, it has been heralded as the most transformative technology service seen in the IT world for a number of years.

However, adoption in this part of the world was comparatively slow when compared to our US counterparts. Persistent questions around security and data protection caused most decision-makers to lay back and allow the market to mature, waiting on additional entrants before committing their company’s future to cloud technologies. Seven years on and most of these concerns have been addressed and there is no doubt that the cloud is now becoming a core criterion in the majority of IT managers’ decision making processes.

Brian Larkin, managing director of Evros Technology Group, launched the group’s Private and Managed Cloud platform, DigitalPlanet, as far back as 2010 and has seen a steady rise in Cloud adoption over the subsequent years.

“When we launched Digital Planet back in 2010, we were met with many of the concerns at the time regarding data location and security. We had, and still have, a distinct advantage in that all our data centres are located in Ireland and thus the data is protected by the Irish Data Protection Acts legislation,” said Larkin.

“But like most things in life, change happens slowly and for the first few years we spent a significant amount of consulting time demonstrating and presenting on the merits of embracing cloud solutions. However, the market has moved on and the industry is now well versed in the various options available to it.”

“It’s not that everything is moving to the cloud. IT decision-makers now have a clear understanding of what the cloud can and cannot deliver for them.”

“We built our cloud platforms in conjunction with a robust managed services portfolio. We never viewed cloud as simply the outsourcing of hardware. High performing IT compute delivery is not a hardware question, it is a services question, with hardware performance only representing one element of the equation.”

“DigitalPlanet has seen its Private and Managed multi-tenant platforms grow by over 100 percent per annum since its launch and is now present in four data centres across Ireland and the UK.” When asked about the drivers behind this growth, Larkin said that the reasons are very clear.

“We have a huge differentiator from public cloud platforms in the levels of wrap around managed services that we provide,” he said. “In our services portfolio, we support everything from the base operating systems, through line of business applications, networking, connectivity and client specific applications. We operate a consultative led engagement. It’s not about encouraging our clients to put all their systems on DigitalPlanet. One of our consultants coined the phrase that our approach is to ensure we put the right workload, in the right place, at the right time, for our customers.”

“If after a detailed review of the clients IT systems, the client has a preference for an on-site solution, then that is what we will provide. If it’s a local private/managed solution that will deliver the best service, then we will move the workload to DigitalPlanet. And finally, if a Public Cloud is the preferred option, then being a Premier solutions partner of Microsoft, we will move the workloads to an Azure platform. As long as we continue to follow the approach of always putting the client first, and being agnostic to any particular road map, then I feel we will continue to grow and be successful.”

Pressed about where to next for cloud adoption and the views of the IT decision-makers, Larkin was clear. “For our clients who continue with on-site solutions, a common consensus is that this will possibly be their last investment in on site storage and servers. The rate of adoption of cloud, or some element of cloud, has grown substantially over the past eighteen months, to a point where about 80 percent of our client base, has some element of their compute delivered from a Cloud platform,” he said.

“It now all about where to go to deliver your compute and who best to partner with on this journey. We have over 100 systems migration projects under our belt in the last five years, and 150 cloud consultants, system architects and system engineers supporting and delivering our Cloud platforms so we feel we are well placed to drive substantial growth in Cloud technologies over the next three years.”

But what of the landscape and the drivers for increased adoption? Will the growth be driven by the requirement for better and more price efficient compute and storage?
“The landscape is changing, no doubt,” said Larkin. “Originally it was about price efficiencies. The market then moved to setting an equal if not higher priority on performance. It’s now moving to complete solutions delivery. We launched our VDI [virtual desktop infrastructure] solution in March which has received huge interest. Everything in technology, as is the case in most industries, is moving to the As A Service model.

“The traditional balance sheet of organisations will change over the coming years as companies move away from capital investment to deliver in-house services to focusing their capital on revenue generating investments that are core to their particular business activities.”

“Providers like ourselves will become more and more vested in providing this financing to our client base. It can only be a good thing for the economy. The ‘As a Service’ model frees capital for investment in driving core business growth, which is badly needed in an economy where credit can be difficult to obtain.” 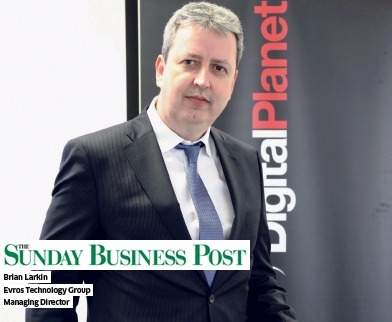 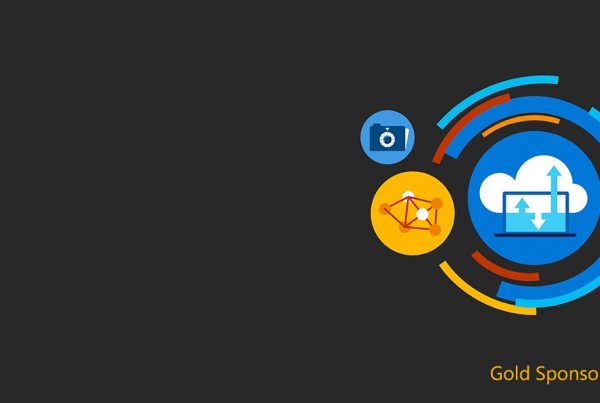 We are the Gold Partner for Microsoft Tech Summit 2018

The Forecast is for Cloud: A Digital Transformation Overview