A New Wave of Infrastructure: How Hardware is Changing

The whole concept of Digital Transformation is often viewed as a linear path. A journey from A to an ever-moving B where each step grants greater speed, connectivity, simplification and flexibility.

But Digital Transformation follows multiple paths. Each with their own complexities and goals. And even though each path is unique, they are interconnected and need to move at a similar tempo to allow for progression.

So, what does this mean in terms of infrastructure?

The speed and ease at which businesses can consume cloud and software services, has altered our expectation of hardware. On-demand ‘as-a-service’ style commodities have forced OEMs to rethink their business model along with the underlying technology that they’re offering.

Hardware is changing and the pandemic has only emphasised our need for a fresh approach on how we design and invest in IT.

We spoke to Enterprise Technology Expert, Ben McGahon, about the importance of IT infrastructure and how it can empower businesses to do more.

How important is IT infrastructure?

If we go back 10-15 years ago, the IT department was seen as an enabler and it could sometimes be seen by a lot of executives and boards as more of a necessary tax on the business and its overheads – which was the nature of the times.

Now, we see IT infrastructure as the engine in the car that makes it all work. And technology and digitisation are now driving not only the IT strategy, but the business strategy of most organisations.

So, businesses need to have an agile and modern IT infrastructure – that works for them – to allow them to drive revenue and differentiate themselves in terms of where they sit in their market and where they sit as a business.

Many companies that have adopted new technologies and adopted digitisation, have leapt ahead of previous, larger competitors, because they have become that more agile and they can react to both expected and unexpected shifts within their markets and within their business.

So, we have gone from what was once seen as a ‘tax’, to the profit driver within an organisation.

Primarily, in a hyperconverged environment, both the storage and the server layers are converged. And the coupling together and the converging together of the hardware – that used to be separate within one platform – allows for the virtualisation to move beyond just server virtualisation into storage virtualisation and then taking it a step further, it allows for a software defined approach.

So, the software defined approach is what’s allowing the rapid deployment of digitisation of much of the application stacks and the services that businesses are trying to deliver to their users and their customers. And what hyperconverged infrastructure allows people to do is, it allows you to focus on areas of higher value as you move towards your business outcomes.

And part of that comes with being able to automate and couple together not just the infrastructure, but also the people who would have been delivering and administrating those services.

And that also includes not just your on-premises and hyperconverged infrastructure, but also – as you start to move, or if you have already moved towards cloud services and offsite services – SaaS models that would have traditionally needed large infrastructure stacks to run within their own data centres or on-premises. So, it’s that ability to manage more – with less.

So, you have a lower OpEx, a lower CapEx but your output is increasing and their value to the business is increasing.

How can hyperconverged help with business agility?

Firstly, hyperconverged is about being able to manage everything within one stack.

And what we’ve found is that this has a huge impact on the time needed to get these systems up and running for customers who are in the process of implementing large projects.

For example, the roll out of an SAP or ERP environment or a new site or a greenfield environment, that we know is going to grow quickly and grow large – your time to get those systems up and running is really, in essence, the time to get that product delivered to that site.

Where, previously, we would have had professional services requirements from backup, to server to storage and often different people for networking as well – we’re now making that deployment a lot more central – and lots of those benefits hold true for hyperconverged.

The key differentiator is that hyperconverged has a node architecture where you can both scale up and scale out.

This means it’s a lot more affordable to a much larger and wider footprint of potential customers because they can start with a small number of nodes and then add nodes as they need and how they need – for example to increase capacity or performance.

The idea is that you can quickly expand and scale that environment to your business’s needs.

So, customers can manage their budgets and go about how they manage their investments over time, in a more granular way.

A big area that we’re hearing a lot about now is containers and micro-services. And a software defined approach is ideal for that because it’s software to software and it’s providing the agility that you need.

The last thing you need is massive agility within your Development, R&D, Application Development and your DevOps departments and then that agility not being matched within your infrastructure.

The agility of the infrastructure layer needs to match the agility that’s available at the project and application layer.

It’s very important, that in high cost software or application or SaaS based projects, that the infrastructure stays ahead of those projects.

And how can hyperconverged impact your business revenue?

The total cost of ownership is important when you’re looking at converged or hyperconverged.

When customers are assessing the value of a solution that’s going down the hyperconverged route, it’s really important that you look it in comparison to what you did before over a period of time. So, not just how much it’s going to cost to buy – but also to manage.

Then, of course, you need to look at the agility and the areas in which that infrastructure can add a lot of value.

There are also elements that come into your SaaS applications that you’re consuming within your organisation. And through a software defined, hyperconverged approach, you can manage those far more efficiently.

So, as you bring these things together, you can start to see how you can do things a lot more efficiently, more quickly and very importantly, with a lot less risk as the security solutions that go around these environments are a lot more robust and easier to manage as well.

What are some of the common pitfalls in employing hyperconverged?

Making sure you do the preparation at the beginning as you’re implementing this new approach for the first time is really critical.

We’ve seen a lot of companies and projects run into issues going forward because they haven’t necessarily catered for the things that they need to cater for at the beginning.

How you actually start with a hyperconverged environment has a big impact on how you go forward and the success of how you’re going forward – as you build and scale and introduce more applications and services into those environments.”

We’ve witnessed the traditional IT stack become more and more converged evidenced by both Converged and Hyperconverged Infrastructure. And now, Disaggregated Hyperconverged Infrastructure (dHCI) which offers greater flexibility in what proportions you scale both your storage and compute. And Composable Infrastructure which is where all of your resources are pooled and managed through software. Doing this makes datacentre resources as readily available as cloud services which inevitably allows you to get back on track in terms of aligning your routes to a more agile way of working.

What is dHCI? Read blog.

Learn more about our infrastructure solutions and how they can help you in your own digital transformation journey.

Or get in touch for a free consultation with our experts. 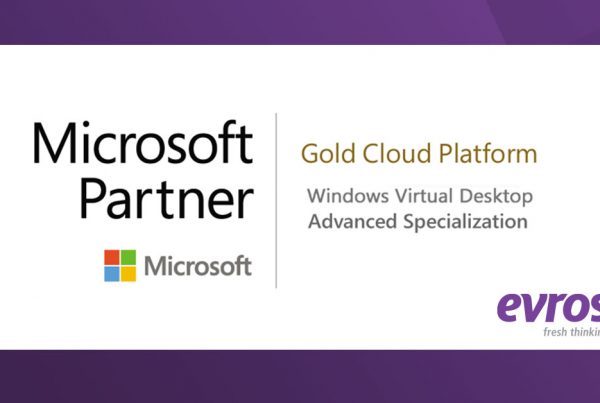